Marquetry – Creating patterns and pictures through inlaid veneers- has long been recognised as one of the most attractive and sophisticated methods of decorating fine furniture; indeed the visually arresting marquetry compositions of eighteenth century Paris were described by one contemporary as no less than “paintings in wood”

Illuminating the marvellous world of beauty conjured up by superlative French craftsmen, including André-Charles Boulle, Jean-François Oeben and Jean-Henri Riesener, this book also reveals the technical secrets of this special art form, its sources and history. Richly illustrated with masterpieces from the Wallace Collection in London and other collections it also examines the extraordinary colour contrasts which would have been seen when the marquetry was first produced.

Contracted in 2008 by the Jean-Paul Getty Museum to help with the study of their Marquetry furniture in preparation of their forthcoming furniture catalogue.

Postprint of the international conference organised by the Bayerisches National Museum, Munich, May 2011.

Postprint of the 2012 international congress “the Decorative, Conservation and the Applied Arts”, Vienna, published by Maney Publishing and IIC

Postprint of the 2nd Scandinavian Symposium on Furniture Technology and Design, Marquetry Past and Present, Linkopings Universitet, Vadstena, Sweden May 2007. 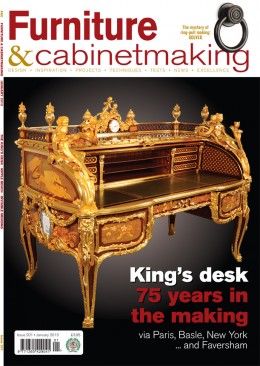